It can be confusing to an outsider when an outsider hears the phrases fire protection engineer, fire inspector, and firefighter. One might assume that all three are the same career with different titles, much in the same way you describe store clerk, associate, and store employee. However, these three fire professionals are actually very distinct careers, even though the main subject of their careers is fire. Here is how to tell them apart and know when you need each.

A firefighter, of course, is the person who dons the protective gear and runs into blazing buildings to rescue people. He/she puts out fires and has to jump at a moment's notice to get on a truck and race to a fire. While he/she knows some things about how fires work and how best to extinguish them, he/she does not know as much as a fire inspector or a fire protection engineer. Firefighters might have six weeks' to two years' training, depending on how far they took their firefighting education. If a fire breaks out in your home or work building, you would call the firefighters.

Fire inspectors frequently live with and work alongside firefighters, although they may not run into buildings to rescue people or work to put out fires. Fire inspectors enter a burned house or building after the last of the flames have been put out. They are looking for telltale signs about how a fire started, and whether or not the fire was accidental. If the fire appears to be intentional, then the fire inspector has to determine if the fire was set by someone in the home, or if it was set by an arsonist outside the home. Causes of accidental fires, on the other hand, are usually candles left burning, electrical issues with appliances or cords, and cigarettes left lit. Fire inspectors have to investigate for the purpose of insurance claims, as well as suspected criminal activity.

Fire protection engineers have a Master's degree in fire protection. When it comes to fire prevention, they have the highest position available. They do not fight fires, but they do assess fires like an inspector. They are not looking at causes of fires for particular reasons, but rather examining how the fire could have been prevented. They present risk assessments to homeowners and companies who want to take every measure to protect their properties against fires. Fire protection engineers work in the capacity of consultants only, with the occasional stint as expert witnesses in court.

Everything You Need to Know About Consultants

Everything You Need to Know About Consultants 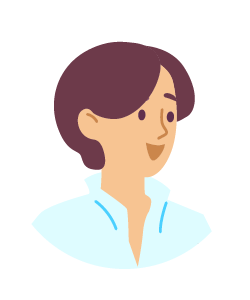 Hi there. I’m Sarah Band. Welcome to my website about all the services offered by consultants. While working with large companies, I would see consultants come through on a regular basis, helping the different departments work through their leading challenges. These professionals would always share their expertise and lend a helping hand until the clouds cleared and everything worked out. With this experience, I was inspired to research this field more in depth. I’d now love to share all the knowledge I’ve gained and help everyone understand why they should hire consultants and how to do so. Please stop by anytime to learn more.

If you work in the construction industry, in a war …

Have you been driving by a home that appears to be …

In most companies, people are not allowed to discu …

Read More
Up And Coming Pharmaceuticals: Improve The Safety Of Your Pharmacy Medications
22 November 2019

If you're a new pharmaceutical that offers various …

It can be confusing to an outsider when an outside …